For any folks that have ever lived off-grid, or perhaps those of you that have done extensive camping, this post might be a real snoozer. But, if your experience of surviving as a human has only revolved around your modern home, take a moment to think about this: how would you handle things if all the standard life-support features of a (sub)urban living situation (running water, sewage, electricity, gas, etc.) were not available? How would you translate these needs?

I should disclaim here: I’m not confident that I can expertly answer my own question. This is, after all, the point of the adventure I’ve embarked on. However, here’s one thing I feel pretty confident in saying: the variance of methods to solve these needs in a modern home is far less than the approaches available once you unplug. Here’s what I’ve learned so far as I’m poking around trying to figure out how to meet these needs in my particular situation: 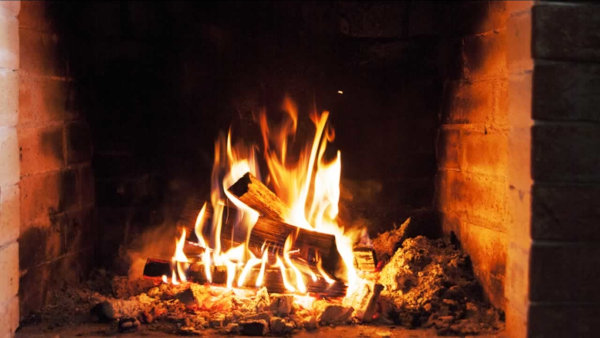 This one probably has the most variants in the modern home. You can power the heater with electricity and/or gas, via electric heaters, blown air, water-filled radiators, and radiant floor heat to name a few. As a special bonus, none of these systems is dangerous unless you’re doing something really stupid.

What’s available when you take away the electric and gas hookups? There are some obvious and not so obvious choices. On the obvious side, there’s wood in a fireplace or wood stove. There’s also heating oil or propane supplied from a container (big or little), and various heaters you can power with those directly. If you’ve got enough land and sun, you could install solar panels and power various devices (electric heaters, heat pumps, etc.). If you think ahead about how you build, you can get a lot of heat just from the sun, which is called passive solar. And if you have a ton of money at your disposal, you could get your heat straight from the ground using geothermal. This last one I had always imagined as drilling down close enough to the magma in the earth that you’d pipe hot air straight up into your place, but that’s not how it works. Instead it takes heat from the slightly warmer earth below the frost line, which is both confusing and cool to me. For the truly hardcore, you can heat big rocks and a hot water bottle and crawl into your sleeping bag with them in tow.

All those options would work in more of a permanent off-grid house. For starting out in some kind of tent as I plan, only two of those are viable as far as I can tell: a wood burning stove, or some kind of propane heater.

Remember earlier when I mentioned in passing that modern heating systems are generally safe? Well, you have to be a little more careful when you’re doing something like heating a tent with wood or propane. Each presents its dangers. A wood stove could set you or your tent on fire. Propane sports the unattractive danger of gas poisoning, especially carbon monoxide. 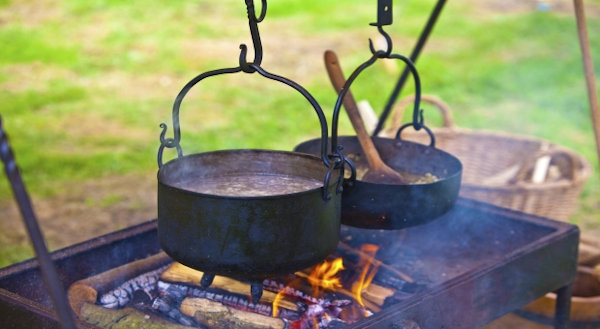 There are tons of good small propane stoves, so warming stuff up, no problem. Keeping it cool is another story, unless it’s already winter. Say goodbye to anything close to a regular refrigerator.

I’ve been trying to decide if I want to go without refrigeration at all. I mean most of humanity did OK that way, have a look at the history of the refrigerator.

On the cheap would be an ice box for when I felt like having things cooled in non-winter months. I will say this, one of the benefits of building in Maine is that I’ll have a “nature’s freezer” for about 5 months of the year! 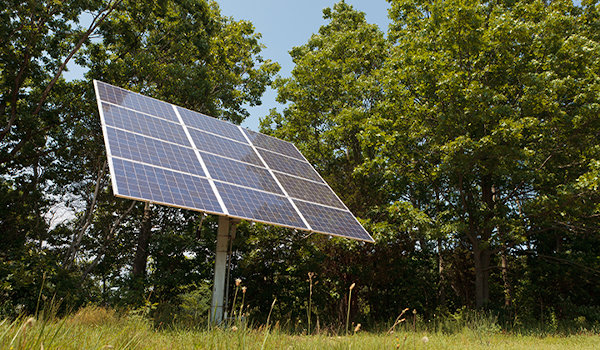 It’s pretty hard to imagine living without any source of electrical power. Even most of the off-grid people I’ve researched figure out some way to run their phones/computers/doodads in the middle of the woods.

Without a power line piping in juice, the two main options seem to be:

When I first start out, I may go even more simple than that: a Yeti portable battery that I haul in and out of the woods every couple of days, and charge in town. I wonder how long it will be before that starts to feel old? Old for us modern folks, that is. Once again, the history of this convenience is awfully short.

This one is pretty easy (I think). Really looking forward to evenings lit by a fire and an oil lamp. Even tea candles would get the job done, or if I’m lugging that battery, a small lamp. 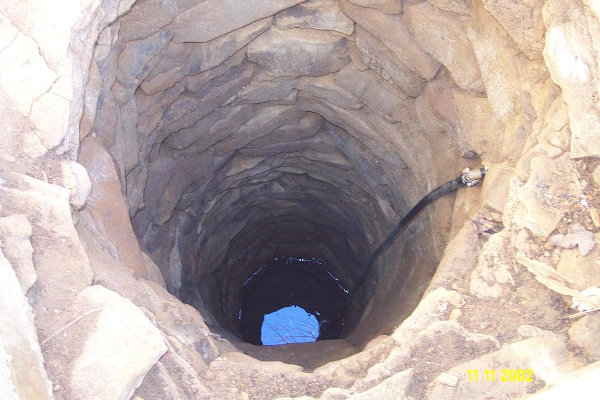 One of the things that’s crossed my mind a lot as I ponder my exit from modern living is the attitude I’ve had towards the basic necessity of water. Or maybe it would be more accurate to say my lack of any attitude or perspective, beyond “I turn the handle and an unlimited supply comes out.” With no magical knob in the woods, I have to pay attention to water as a limited resource.

The first question is, of course, how do I get a supply out there? The most immediate way is to haul it in gallon jugs. If that approach doesn’t make you conscious of every drop you’re using, I don’t know what would. But there is a slightly more convenient way – a hand dug well. If there’s a decent water table within reach, multiple approaches will allow me to drill 20-ish feet below ground and trade hauling for pumping. And yet that is still not an unlimited supply – if you overtax a well it will run dry, or it could run dry just because of a drought.

Either way, no magical knob here. 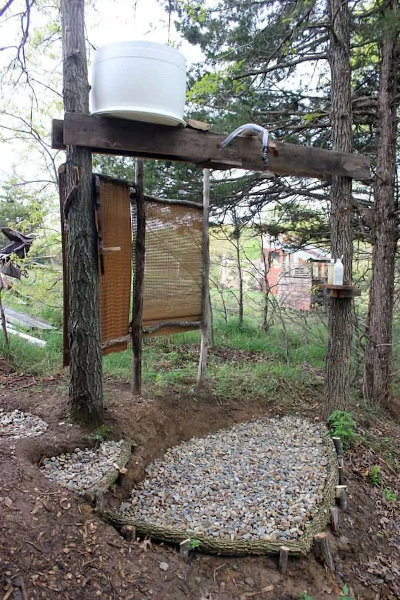 This one has been pretty fun to think about. During warmer weather, with ten acres, an outdoor shower should be a pretty easy thing to set up. A little solar-powered pump could supply a more standard shower head from a bucket of water, or, just make use of gravity by mounting a plastic jug with a spigot overhead.

Before the snow flies, when I hopefully have some kind of heated home stood up, I’ll need to figure out how to build a shower inside – I don’t mind cold showers, but in the Maine winter, that would be suicide :) I don’t think building the indoor shower itself will be hard, but there’s another problem to solve besides making water fall on my head… 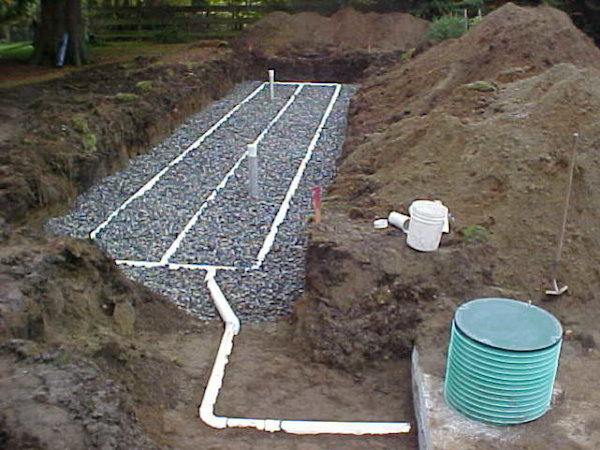 Where does the water go that I use for washing anything? Public sewage whisks it away in a modern home. The simplest solution is to do everything outdoors and dump it – I do have plenty of woods for that. That might work great for three of the four seasons, but winter in Maine is long and cold. So then what? I think I’d rather be inside washing dishes in February. I could capture it in a bucket or wash bin, and haul it outside.

Long term I’ll have to do some kind of drainage system, which I have almost no idea how to do. Another thing to learn. It’s moments like this that bring me directly to the ‘survival recalibration’ that lies at the heart of my decision to pursue this lifestyle reset. In my current comfy condo, I don’t have to think about grey water drainage, that’s convenient and comfortable.

What nags at me is that this convenience and comfort were provided for me. I haven’t invested any brain cycles or effort in this aspect of survival, I just threw some money at the problem.

Speaking of grey water, laundry is going to throw some of that off. Right now electric washers and dryers are a mere fifty feet from the front door of my condo. By contrast, it will be awhile before I could benefit from such luxury on my land. As far as I can tell, for the foreseeable future, I’m left with this choice: a laundromat in a nearby town, or some kind of method for handwashing clothes.

I may shortly regret this decision, but it’s time to try a more basic approach. Thankfully solutions exist beyond the traditional washboard, the Lavario washer seems the most compelling so far. 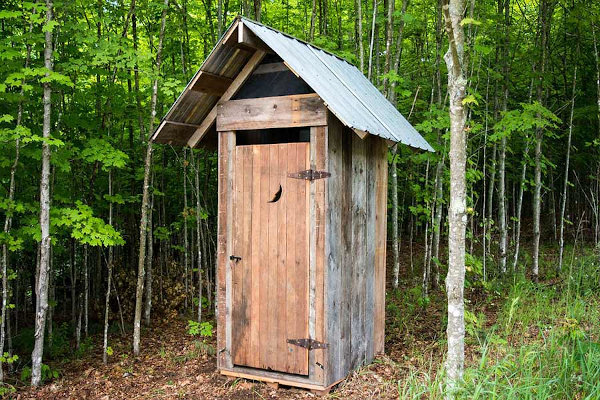 With a willingness to think a bit outside the box (or rim, as it were), building a reasonable system for a restroom doesn’t seem all that intimidating. The ultra entry level is something like the Luggable Loo. This plus a bucket of sawdust is all you need to make a functional bathroom.

Now, if you’ve never used a system like this before, you might be thinking something along the lines of “Gross, I’m not shitting in a bucket”. And that’s a fair entry perspective. But, when you understand a little bit more about how it works, and then use it a few times, I bet you’d think it was fine. My new neighbors in Maine have been using this system for over 20 years, and I only used it a few times before it felt totally normal. Score a win for neuroplasticity.