A running bit I had during my time in Portland, Oregon was that I lived ‘three bubbles in’: 1. The United States, a first-world country, 2: Portland, a progressive city, and 3: My cohousing community, a progressive housing structure. I lived in this multilayered cushion for seven years, and many, many days I’d step outside and be flush with gratitude, not quite believing I was so fortunate to live there.

I’m only now beginning to see the gifts of my new circumstance, which has been marked by long bouts of discomfort and difficulty, interspersed with moments of transcendent bliss.

Every once in awhile, the natural world pulls me from the bulldog grip of my determination to tame the land, and carries me into a state of vibrant, attentive giddiness.

On a clear night, I swear the stars can arrest any train of thought, and draw out the measurement of an ego’s size against the universe. 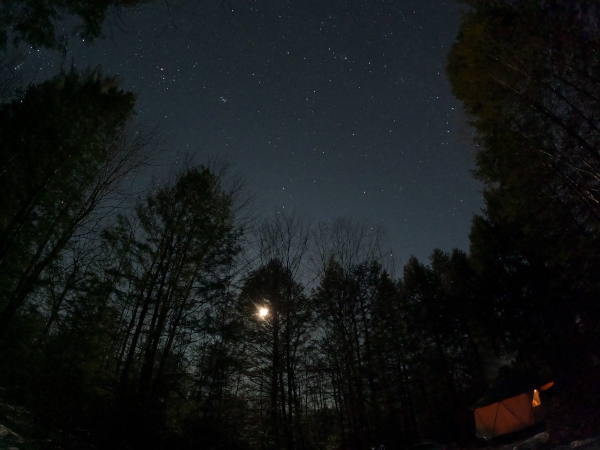 I’m not sure how many layers of comfort and convenience I’ve removed making my way out on my land, but it’s been enough to produce an interesting dual effect: I feel at once more capable of surviving under difficult circumstances, and more aware of just how vulnerable I am as an individual human being.

For example, I can: 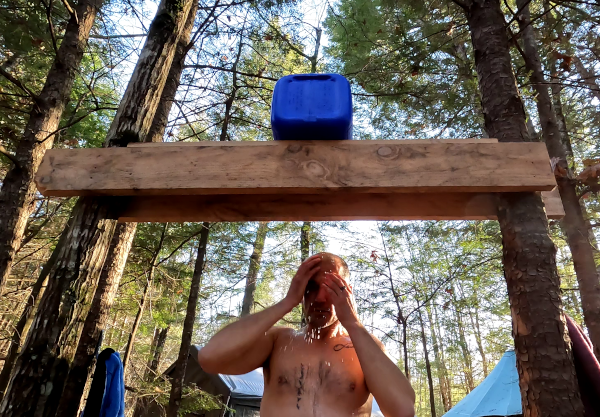 While at the same time, I depend on: 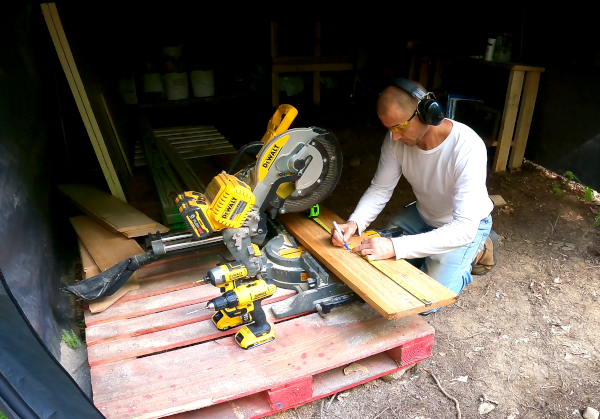 At this point I’m probably handier and more capable of attending to my basic survival needs than most people in my culture, but put me out here naked with no tools or access to guidance, and I’d be dead in a few weeks.

I find it deeply odd that I had to become less dependent on modern society to clearly realize how much I depend on it.

I was so far removed from having to think about basic survival that in some way it ceased to exist in my worldview.

Now I think of my transition from a comfy condo to a tent in the woods as a variation of The Matrix. When Neo wakes up, he discovers to his horror that he’s been kept alive and unconscious in a liquid-filled chamber, with all of his survival needs pumped into his body through hoses. 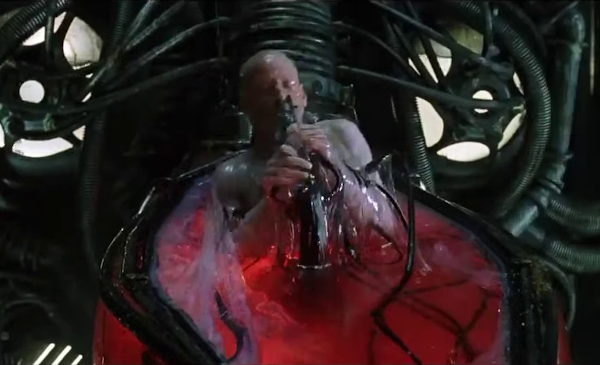