Sometime around age 10, during a trip to our community’s ‘wave pool’, I got my first look at a ten meter diving platform. Other kids were marching up the soggy stairs and leaping gleefully into the water below, and I wanted to, too. It looked fun. So I got in line, climbed to the top and looked over the edge, and all of a sudden it didn’t seem like such a good idea any more.

The vertical distance from the concrete slab to the water below, which looked so conquerable from the poolside, now seemed more like a challenge in need of a parachute. Just looking down gave me the sensation that I was already falling, my gut lurching up into my throat, my fight or flight instincts wisely flipping into flight mode. 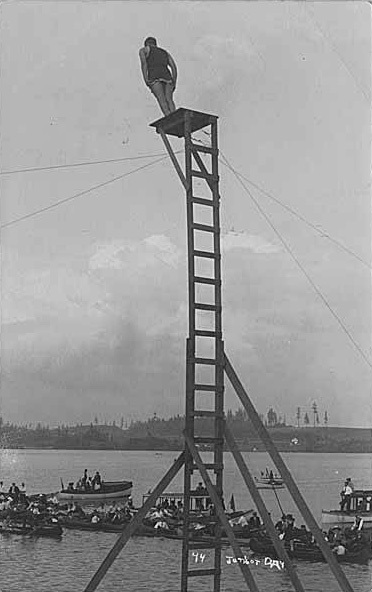 I did eventually jump, and it was eventually fun, but certainly not that first time – that was way more terrifying than fun. There were too many unknowns, or maybe, just one big unknown: was I going to be seriously hurt or killed? That consumed almost my entire experience, an experience far different than what I anticipated when I decided jumping was a good idea. But it was eventually a good idea – it took conquering those unknowns to unlock the prize underneath.

Fast-forward 40 years, and I’m once again standing at the edge. Except this time, instead of water, there’s empty land in wait. The common thread with my pool jump lies in the gap between:

A few days ago I accepted an offer on my condo in Portland, Oregon. If everything goes smoothly, in a few weeks I will have officially jumped from my old life, and begun falling towards my new life in Maine. I’ve already put a deposit on the land and told everybody I’m going – so in this sense I’ve boxed myself into my commitment. This is my wiser self forcing a fear-driven part of me into good behavior. At this point, it’s going to take some faith to reach the excitement and meaning that I first imagined. 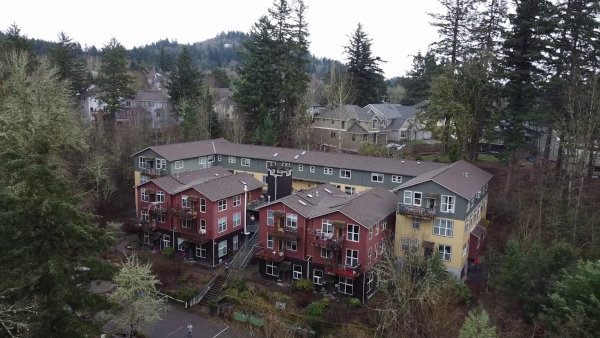 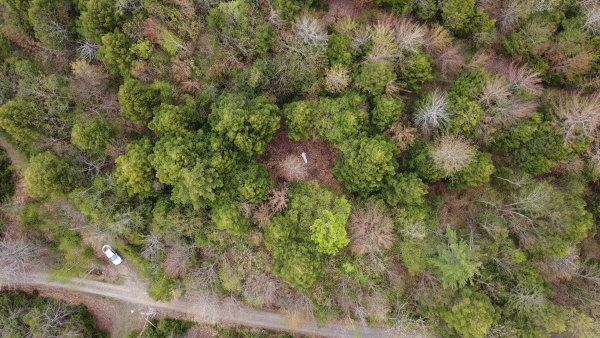 One of the things I find so interesting about these leaps is both the amount and timing of the physical, mental, and emotional ‘stuff’ that rises up between the first thought and the first splash. What seems particularly weird is the shift that often happens right before the leap – at some point in the near past, it was just an idea. And then, near the edge, it’s still an idea, but one that feels in some sense like it’s already happening. Isn’t that a little weird? I mean, nothing has actually happened. You didn’t do anything yet. Most times, a person can just step away from the edge and nothing of consequence happens at all. Why weren’t you this freaked out when the idea first occured to you?

Maybe it’s simple proximity. There’s a point where your nervous system detects the heat of the impending risk, like a hand too close to a fire, and elicits an unconscious retraction. Or maybe it’s a difference in internal commitment. Before it was a possibility, and now you know it’s inevitable. Whatever the reason, your mind and heart crank up in preparation.

There’s a really cool evolution unfolding for me at this point: even though I’ve done almost nothing, I’m already responding to the reality of living in a tent with no toilet, no running water, no central heat, for months, and I’m still sitting less than thirty feet away from all of those things. I’ve probably spent more time thinking about how I’m going to shit, wash dishes, and stay warm in the past month than I have in the past ten years.

The Good House Book offers what I’m guessing is a rarely considered perspective on modern living, via the modern home: think of it as a spaceship, a modular unit with attached life-support systems. In other words, your home has everything you need to conveniently keep you alive and comfortable, and all you need to do is drop it somewhere, hook up the life-support (water, sewage, electricity, etc.), and you don’t need to think much, if at all, about your environment any more. 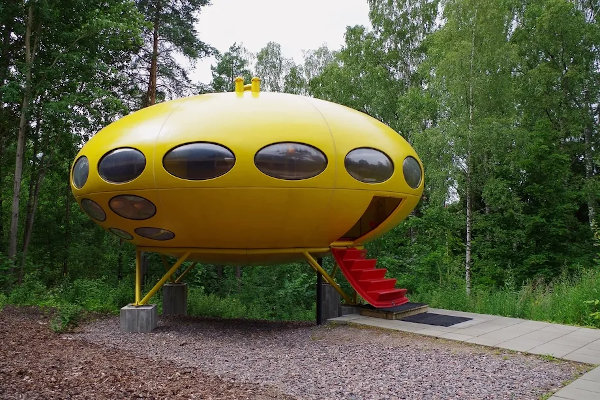 The cost of this convenience and comfort concerns me. It’s not the convenience and comfort itself, but how it can subtly shift our mind into a place so removed from what it takes for a human being to live. I can tell this is part of what’s pulling me out of my condo and into the woods, as I realize there are vast swaths of choices about how to live a life that I never chose, but that were instead chosen for me as I made more abstracted choices:

But think about it: those are not really choices about how to live, they are choices about what kind of relationship I want to have with my spacecraft:

So here’s my working theory, and this matters because it’s pretty foundational to my decision to fundamentally remake how I connect to surviving in the modern world: humans have a deep biological drive to avoid pain and seek pleasure, or put another way, to avoid difficulty and seek comfort. Our ancestors faced such brutal conditions for so long, and that drive served us well for most of human history. The more comfort we sought, and the more distance we put between the harsh reality of survival, the more we thrived. I don’t know the exact point, but it seems like we’ve now crossed over where the amount of available comfort has increased the distance from basic survival to the point of diminishing returns: we’re now far enough away from basic survival that more distance from it costs us more than the benefit of greater comfort. We’ve overshot the sweet spot.

Actually, I don’t know if that’s true for everybody. I’ve overshot my sweet spot. I don’t want to eschew comfort. I want to reduce it as much as possible, so I have the opportunity to recalibrate my balance of comfort and distance from basic survival. Because that place seems like the right place to sit to answer the call of a mid-life reckoning.

It’s the desire to get a second chance at choosing how to live that put me on the ledge of my transition, and it’s that same desire that will demand that I jump. I don’t know if I’ll like making any of those choices, or if I’ll eventually decide that none of them were worth making. What I do know is that I’ll regret no giving myself the chance to make them.