“How much further?” the man asked as he crossed over from his front yard, pressing his hands into the back end of my 1970 Volkswagon Beetle. I leaned my shoulder deeper into the towel which padded it from the metal door frame, grateful for the help – I had already been pushing the disabled car down the two lane, small town road for a while. “About a mile and a half” I replied. The mans legs stiffened and stopped. He straightened up, and I could see his mind trying to process my unexpected answer. Then he turned to walk off, and shook his head in disbelief.

The full tale of that adventure is for another day. Suffice it to say that I had a mission in mind, and it involved not paying for a tow. Sure, the $75 I saved helped, but it wasn’t lack of funding that drove my odd decision. I also got my leg workout in for the day, I wanted to see if I could pull it off, and – this is the hardest part to explain when searching for a rational explanation – I found it both amusing and exciting to do something so off the beaten path.

Today I turned 50. In recent months it has finally become clear that whatever my version of a midlife crisis would become, I had entered it.

The cliche of the American male midlife crisis feels pretty pathetic to me: a guy clutching to the inescapable exit of his youth, skirting the very real signs of his own mortality by way of scoring a fast car and having sex with women half his age.

OK, I confess I made it halfway there, I did buy the fast car. 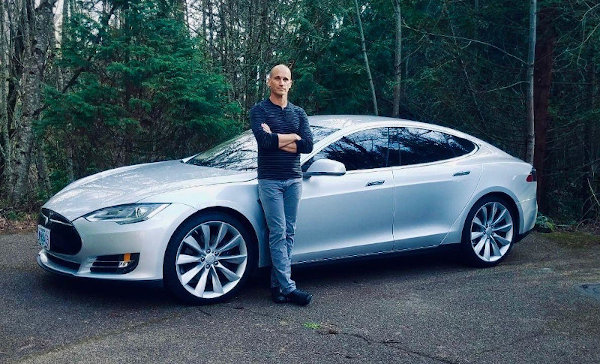 The saddest thing though about somebody engaging this phase of their life with such behavior, is the lost opportunity. There’s some pretty exciting and important stuff happening just one more layer down in awareness, stuff that is far more worthy of our time, consideration, and legacy.

For me, all that questioning has funneled down into a tremendous burst of energy, and a growing desire to break out of any place where I’m stuck.

So, what’s to unstick?

By most objective standards, my life is good, and I’m happy. It would be embarrassingly selfish to complain. I feel a ton of gratitude on an almost daily basis, and know I’ve been lucky enough to receive, well, a lot. In Factfulness, Hans Rosling points out that being born into the middle class of a ‘first world’ country puts you into the richest 1 billion people on the planet. Think about that the next time you turn on your faucet or flush a toilet.

More recently I’ve thought of it like this: I have the privilege of choosing the amount of difficulty to let into my day to day experience – and many, many people are not so fortunate.

But again, if I look one layer down, I can see the cracks. For a happy person, I sure am frustrated, overwhelmed, and angry a lot. For somebody who works so hard to maintain a healthy body, I sure do have a lot of aches, pains, and dysfunction. And for someone who feels grateful, I sure do feel like I’m not making the most of my life.

And this is where that part of me that decided to push a car two miles creeps into my thinking and behavior. Given how much is working in my life and my reasonably good financial station, it would make perfect sense to hire a coach or therapist, work around the margins, fill the cracks, and otherwise tweak an already satisfactory situation for solid improvement. The thing is, when I imagine that solution, I feel deflated. What’s the challenge in futzing with a good life?

As a builder (meaning one whose nature is to build new things), I suspect my need for challenge is higher than somebody who likes the routine of consistent maintenance. Whereas that type of person might feel contentment, I feel bored and restless. I’d rather the ocean barrel down my sand castle and force me to start over.

Which led me to a big, possibly dumb decision:

This middle-aged computer programmer, currently living in a pleasant condo nestled in a western suburb of Portland, Oregon, would buy ten acres of raw land on the edge of civilization in western Maine, and figure out how to live there. 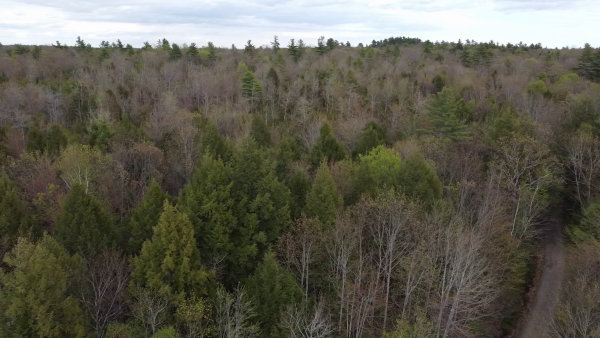 The way I characterize the land itself illustrates how ill-prepared I may be for this mission. It’s far from a Grizzly Adams situation: ‘edge of civilization’ means my next door neighbor has electricity and internet. (I do not).

What I’ll have on arrival is lots of dirt, trees, and problems to solve – ones for which I don’t currently have solutions. For my neighbors, these are challenges they probably don’t give a second thought to any more, but for me the learning curve feels damn near vertical.

In the last two years in particular, I’ve really felt my body break down. Neck and back pain, arthritis in my left hip, declining vision. And if I project that downward slope out 20 years, I imagine I’ll be in constant pain, and unable to do much of what I want. That scares me, and I’m determined to do something about it, as much as I can.

I don’t care so much when I die, but I want to be kicking ass until I do. Jack LaLanne died at 96, and worked out the day before he passed. I see that as feeling fully alive until the moment I am not. If life were a sentence, it would be one ending with an exclamation point! Not fading off in an ellipsis…

We happen to live in an age that has a lot of interesting stuff to try should one wish to reverse damage to their body, live longer, and maybe even ‘age backwards’ – if you believe the claims in the field of biohacking. Some of the stuff is pretty wild, and probably dangerous, but a lot of it (like hot/cold exposure, intermittent fasting, and certain kinds of supplements) has supporting scientific evidence, and seems pretty safe.

The idea of feeling younger and healthier when I’m 60 is appealing. There’s also a certain kind of ‘purification by discipline’ that seems possible. And somehow, it seems a fitting effort in combination with rebooting my living situation. Build a home, rebuild my body.

So, in summary, I’ll be living in the woods, starting from no place to live, building my new home, and doing whatever basically sane thing I can to optimize my personal biology.

There’s a long way to go from here to there…3232 miles to drive, untold new habits to acquire, and lots and lots of sweat equity.

I’m 70% excited and 30% terrified, both of which give me plenty of energy for the trip.